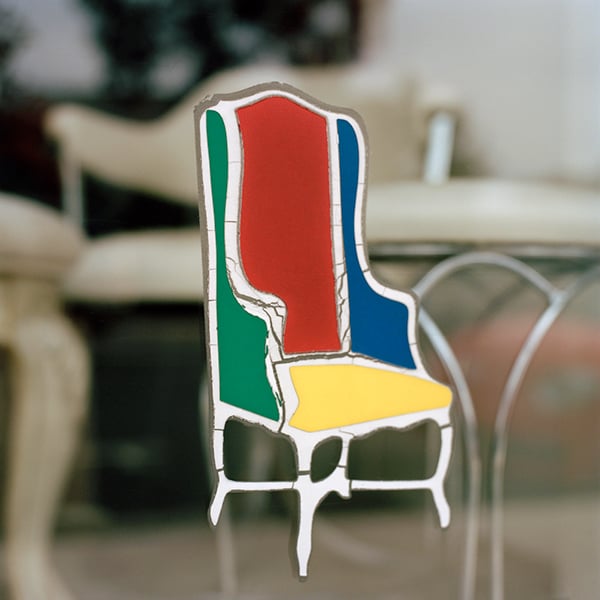 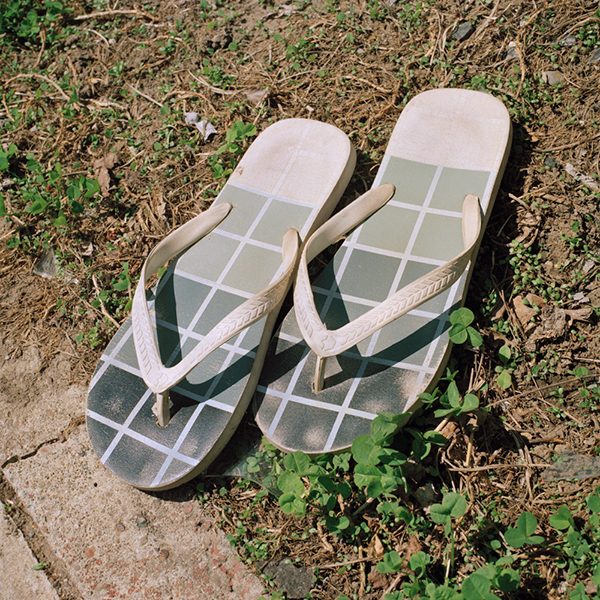 Et quid amabo nisi quod aenigma est?
(And what shall I love if not the enigma?)
– De Chirico, from the author’s first self-portrait, 1911

Micamera transforms its space to welcome the exhibition of American author Jason Fulford with a selection of works from his latest monograph, Picture Summer on Kodak Film (MACK, 2020).

The bookstore-gallery recreates on its walls the ambiguous and deep atmosphere of a place that doesn’t exist, composed of photographs taken in many countries and over several years.
This is not the first time: also Hotel Oracle, released in book form in 2013 by The Soon Institute, was a non-existent hotel, belonging more to myth than reality.

Fulford proceeds by collecting images (in 2010 he became famous with a book bearing the significant title The Mushroom Collector) that he then reassembles in sequences that are compelling and enigmatic. His love for the enigma (and, in this case, for De Chirico’s Ferrarese paintings) is declared on the (back) cover, where the writing Et quid amabo nisi quod aenigma est? is reproduced in the same characters as the first self-portrait of the painter (in a perfect, Fulfordian matryoshka of meanings, that painting is in its turn a quotation of a famous photographic portrait of Nietzsche). 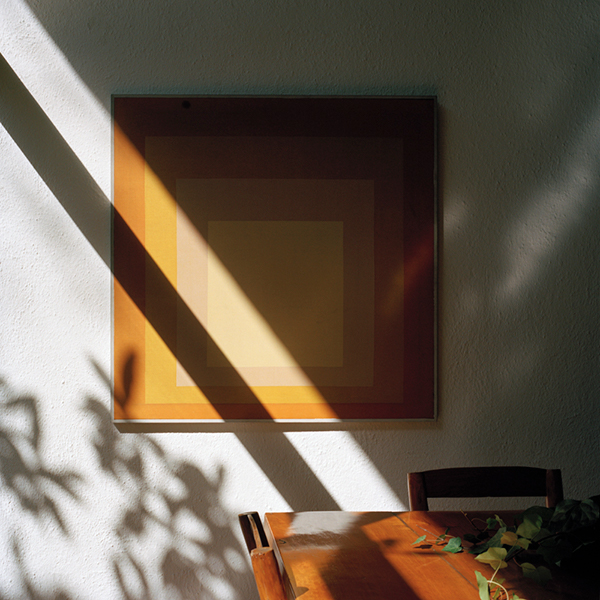 Or again, a print in the exhibition portrays one of the famous versions of ‘Homage to the Square‘ by Joseph Albers (for whom color is ‘a fantastic way of accessing perception’) hanging on the wall of the Mexican house of Luis Barragán, an archistar who uses colors and light to shape forms and surfaces. A whirlwind of meanings, amplified by the fact that the painting is not an original.

This is a story behind an image. For Fulford, however, it is not necessarily important to know, because in any case it is us who, looking at a photograph, will fill it with our meanings and our experience. A photograph stops the moment, fixing it on paper, but its meaning will always remain relative.

The images are accompanied, in the book and in the exhibition, by a poem written by Gillian Frise and her sister Heather.

On June 5 and 6, right after the opening, Fulford will be teaching a workshop in Venice – info here —- sorry, now sold out!

See his work in our gallery

See his work on our bookshelves 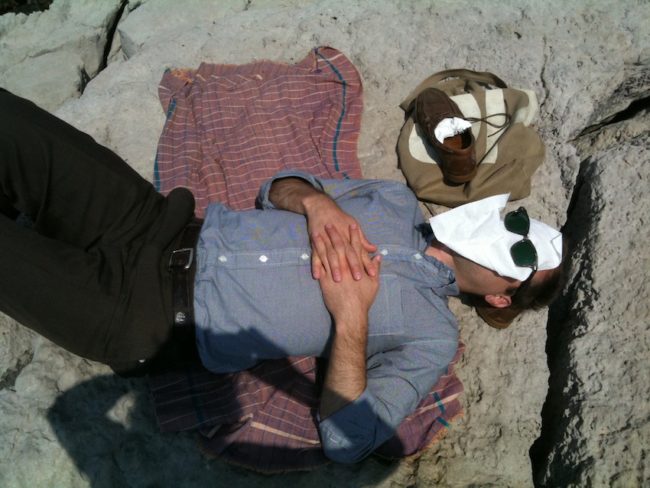 Jason Fulford is a photographer and co-founder of J&L Books. He is a Guggenheim Fellow, a frequent lecturer at universities, and has led workshops across the globe.
Fulford’s photographs have been described as open metaphors. As an editor and an author, a focus of his work has been on the subject of how meaning is generated through association.
Fulford has adopted the photobook format as a primary mode of expression in which his photographs build a layered articulation through sequence and arrangement. Many of the questions posed by the work are intentionally left unanswered, and are sometimes unanswerable. The work is about the experience of looking and thinking.