On Friday, December 3 from 6.30pm, Michael Ackerman will be at Micamera to launch the new edition of End Time City.

The booksigning will be accompanied by a special projection, presented for the first time after the première at Jeu de Paume in Paris during Paris Photo.

The first publication of End Time City (Scalo, 1999) established Michael Ackerman as one of the photographers who have made their mark on the history of photography. Twenty years later, this new edition reimagined by the artist, presents a selection of his iconic photographs enhanced by many previously unseen images taken during his most recent trips to Benares in 2018 and 2020.

Michael Ackerman leads us on a crazy walk through the alleyways of Hinduism’s holy city, which welcomes pilgrims who choose to die in Benares in an attempt to end the cycle of rebirths.
Saturated with dust, populated by spectral presences with intense gazes, Ackerman’s photographs give us a world bordering on daydreaming.

This new work, published by Atelier EXB in a revised format, is punctuated by contact sheets, Polaroids, panoramas, flyers, which convey all the power and singularity of Ackerman’s photographic writing.
Christian Caujolle, author of the essay presented in the original edition of End Time City in 1999, has written a special text for this new edition of the book.

TIME Moving & Storage is a retrospective in progress made up of three parts. In all three videos the sound is recorded by Ackerman, in the streets or in nature. One video is narrated by the author himself.

‘New York is primarily recent portraits made on the streets – encounters with people I don’t know and am very moved and intrigued by. TIME Moving & Storage mixes over 20 years of pictures from various periods of my life, different homes, different relationships, different voyages and connections to people and places. Night Shot Sleep shows the early days of my daughter’s life and tries to express the love and tensions of fatherhood, motherhood and being a photographer. It is about the ability to love.’

To reserve a copy of the book: 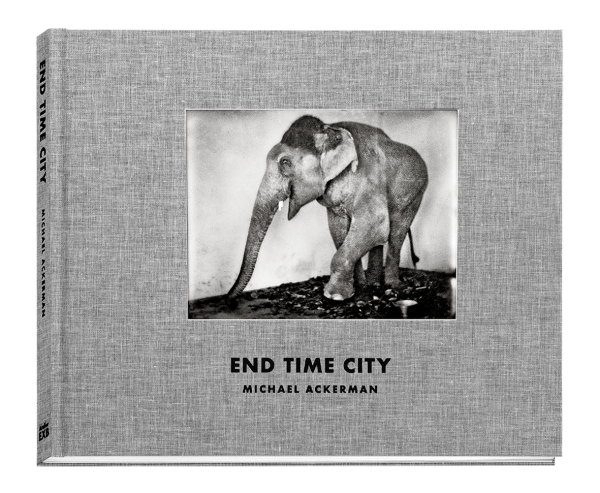