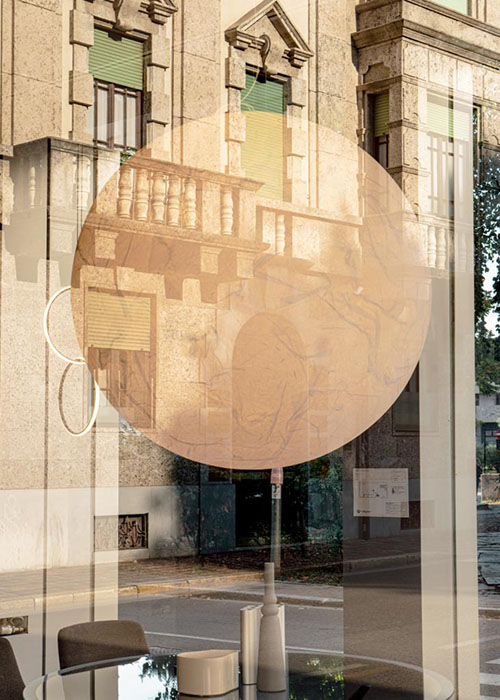 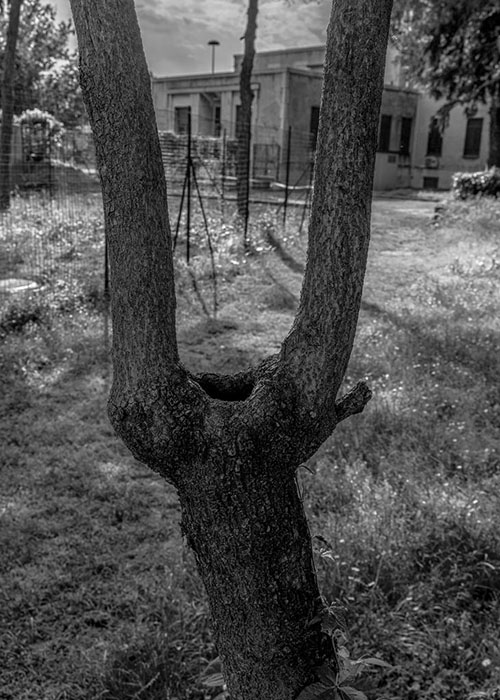 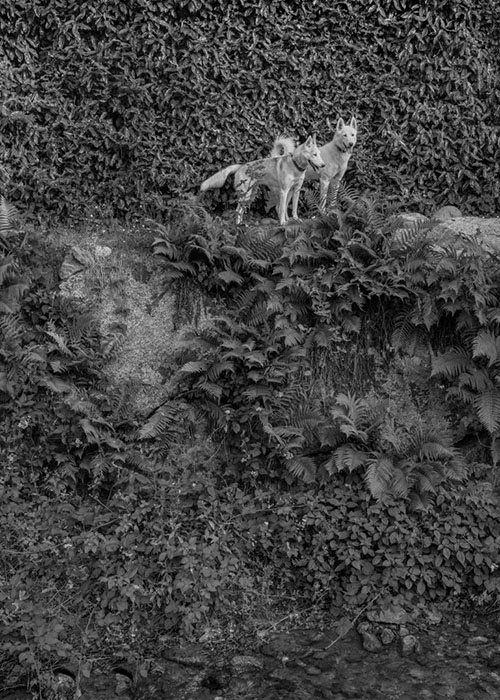 A project conceived in collaboration with Micamera, Milan.

Click here to get redirected to the event web page 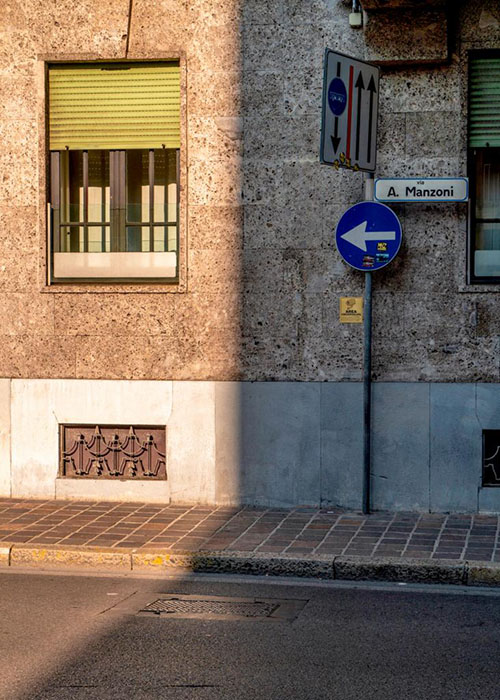 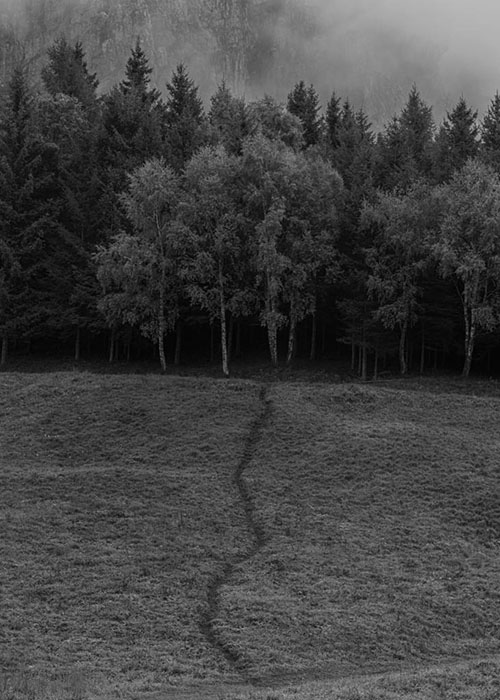 He walked and walked, coming to farms and villages, continuing on without stopping to ask their names.

Anyone who spotted a weed in a neglected field—a nice wild sorrel, say—and wanted to know whether it had come from a seed that had sprouted in the field, was blown in by the wind, or had been dropped there by a bird, would never, no matter how long they pondered it, reach a conclusion.

When he’d tell the story in great detail in his later years, and at great length (everything leads me to believe that our anonymous author heard the story from Renzo himself more than once), he would say that as far as he could remember, the whole night might as well have been a dream.

These texts, from Alessandro Manzoni’s masterpiece I Promessi Sposi (The Betrothed), suggest three possible starting points for American photographer Mike Slack’s year-long exploration of Northern Italy. Using Manzoni’s narrative as a kind of psychic travel guide, Slack loosely followed the itinerary of Manzoni’s restless protagonist—across changing seasons during the constrained circumstances of late 2020-2021—picking up hints of the novel’s themes and sub-themes in present-day landscape of Milan and its environs: contagion, biological mutation, ecology, geology, and botany; but also political and religious power, larger cycles of death and renewal, and the romantic momentum of life and love.

The resulting images — poetic, intimate, and abstract — are neither descriptive of Manzoni’s work nor a literal document of current events. Juxtaposed with fragments of Manzoni’s text (in a new English translation by Michael F. Moore), the pictures suggest new readings and continuities between the events and moods of the past and present, and constant transformations—of language, lifeforms, and culture—unfolding in time.

Selected by Gaia Giani, and presented for the first time at Casa Italiana NYU, this sequence of images is from a larger body of work Slack is currently editing as a photobook.

The Mutation – Walking with Manzoni is the first event held in presence at Casa Italiana Zerilli-Marimò since February 2020. 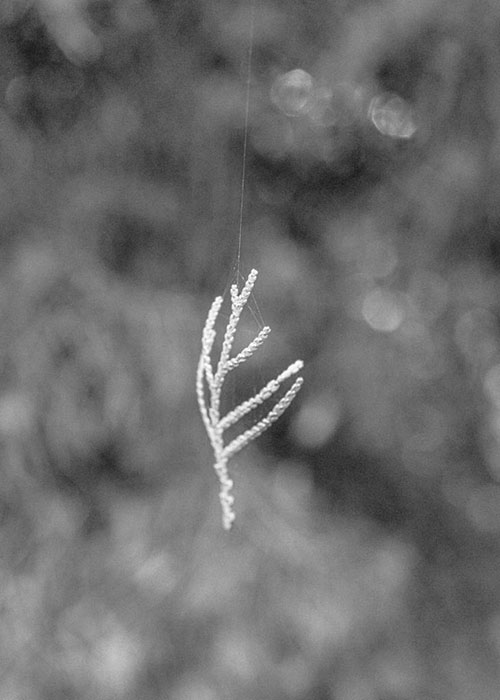 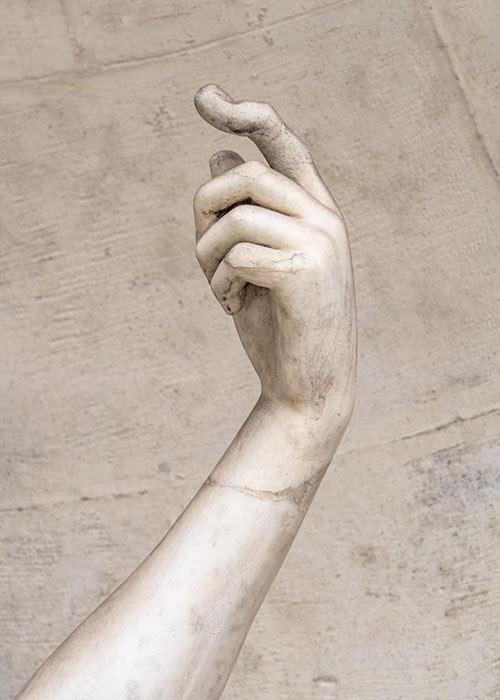 Mike Slack, born in 1970, lives and works in Tucson, Arizona. While pursuing a career in book publishing, he began his self-taught practice in photography in the late 1990s and later co-founded The Ice Plant in Los Angeles in 2006. Primarily a maker of artist books, Slack’s photographs are also in the permanent collection of the Los Angeles County Museum of Art, and his work has appeared in the New York Times, the Los Angeles Times, Harper’s, and other periodicals.

born in 1971, is a filmmaker, producer and curator based in Milan, Italy. She is currently working on a project about landscape, memory, and deep ecology.

is the first Italian bookstore devoted to photography. Active for 20 years, it collaborates with some of the most important and recognized photographers of the contemporary scene.