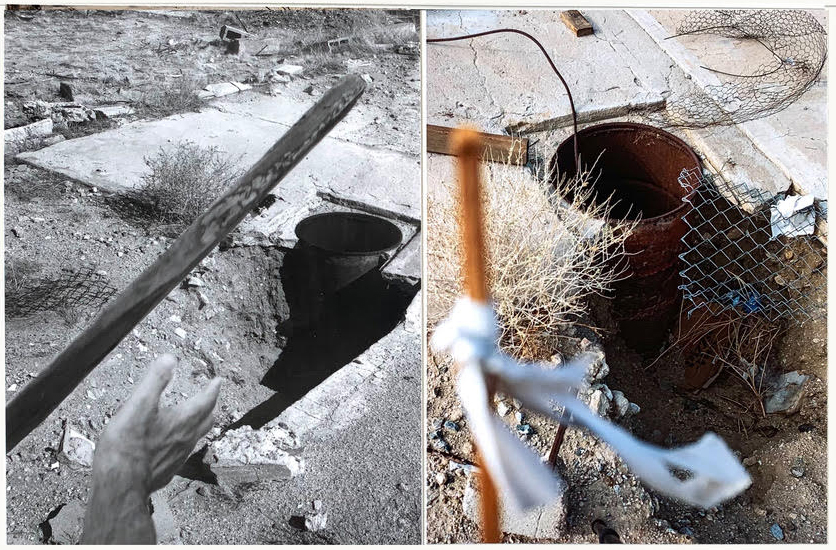 Micamera comes of age and celebrates its eighteenth birthday with a special exhibition.

To celebrate the collaboration between the two founders, Giulia Zorzi and Flavio Franzoni, who conceived a bookshop dedicated to contemporary photography, Micamera has invited Terri Weifenbach and Raymond Meeks, two authors that Tim Carpenter, in the role of curator, presents in a brand new exhibition with the meaningful title: UNCORRUPTED ° INCORROTTI.

Manipulating each other’s images, allowing themselves to experiment, Weifenbach and Meeks have created wonderful diptychs, core of this exhibition and supported by individual works. Not so different from what has happened at Micamera over the years: a dialogue that started between two people and has then been extended to collaborators, authors and friends. This act of contamination and exchange leads to a place that embodies the purity of persistent research and radical questioning. A rare commodity to come across, especially when it comes to authors with some years of successful experience.

So what does ‘Uncorrupted’ mean? It could be about coming of age with the freshness of someone who still feels like practicing doubt and taking the risk of imagining a different world and a different future. Even accepting the possibility of failure.

Human beings have forever envied things their stubborn thinginess. We use oblique and elegant words like givenness and thusness to get at the strange completion that we perceive in the nonhuman – and equally to hint at our own insufficiency, the insistent lack within. This fundamental longing for the given motivated Francis Ponge to write of “taking the side of things,” but as Roger Fry noted, “such writing is an impossible undertaking, largely because it is the nature of things not to take sides.”

Our selves are the possible.

As committed realists, Terri Weifenbach and Raymond Meeks have always grounded their work in the stuff of this world. And yet their photographs are revered not for any specific subject matter, but for the clarity and resolve of the simple separate self that is enacted – and to be clear: not merely portrayed – in the pictures themselves.

Much of this has to do with the exquisite control (of both camera and print) that is the hallmark of both artists; it is one’s formal command of the medium, after all, that allows for broad access to internal states. But as the pictures in “Uncorrupted” show us, a significant part of their achievement lies in the dogged pursuit of the fleeting intersections between the given and the possible.

To state the obvious: Weifenbach and Meeks stick with their subjects, making numerous exposures where interest and curiosity are piqued. Moving their bodies and working their machines, they effect the minutest of calibrations of the distance between mind and world. We see always a taking stock of the flux within and the flux without, with conclusions (pictures) that are necessarily tentative and contingent.

Such repetitions and variations in photographs serve to defamiliarize the ostensible subject matter (to estrange us from our preconceived notions of even such commonplace objects as trees and rocks) and thus to place greater emphasis on the pictorial relationships between those basic things – which of course are simultaneously relationships between those things and the photographer.

To further defy projected meanings (in this case, not the viewers’, but rather their own) Weifenbach and Meeks each offered up a number of their images for the other to render as final print. Presented as diptychs, these paired interpretations are further enactments of the slipperiness of the shifting perspectives that are the stuff – and also precisely the freedom – of self. These dual creations, along with the individual prints from both artists in the exhibition, arrive at a strange and wonderful place: an ontology rather than an epistemology – “a gaiety that is being, not merely knowing,” as Wallace Stevens would have it.

Terri Weifenbach is a Guggenheim Fellow having received the distinction in 2015.
Bookmaking is central to Terri Weifenbach’s artistic practice. Since her first book, In Your Dreams, was published in 1997 she has authored seventeen more titles including Between Maple and Chestnut, Lana, Politics of Flowers and Gift (co-author Rinko Kawauchi).
In Your Dreams was included in The Photobook: A History Volume II by Martin Parr and Gerry Badger. Her latest publication is Cloud Physics, just released in an Atelier EXB / The Ice Plant co-edition.

She has had numerous solo and group exhibitions in the United States, Europe and Japan and published widely in periodicals such as Audubon, Union Magazine and The New Yorker. Terri’s first solo museum show took place in 2017 at Izu Photo Museum in Clematis no Oka, Japan. Her work can be found in international collections such as the Center for Creative Photography in Arizona and the Sprengel Museum Hannover in Germany.

Raymond Meeks (Ohio, 1963) has been recognized for his books and pictures centered on memory and place, the way in which a landscape can shape an individual and, in the abstract, how a place possesses you in its absence.

Raymond Meeks lives and works in the Hudson Valley (New York).  His work is represented in private and public collections including the National Gallery of Art, Washington D.C., Bibliotheque Nationale, France, and the George Eastman House, with recent solo exhibitions at Casemore Kirkeby in San Francisco and Wouter van Leeuwen in Amsterdam.

His 2018 book Halfstory Halflife (chose commune) was a finalist for the 2018 Paris Photo/Aperture Photobook of the Year Award.  Ciprian Honey Cathedral was published by MACK in Autumn of 2020 and was shortlisted for the Rencontres D’arles Book Awards 2021, Author Book Award. His latest publication is Somersault (MACK, 2021).

Raymond Meeks is a 2020 recipient of a Guggenheim Foundation Fellowship in Photography.

Tim Carpenter is a photographer and writer based in Brooklyn and central Illinois. He received his MFA in Photography from Hartford Art School in 2012, and has studied with Alec Soth, Ron Jude, Mark Steinmetz and Doug Dubois. He is a co-founder of the independent photobook imprint TIS Books. 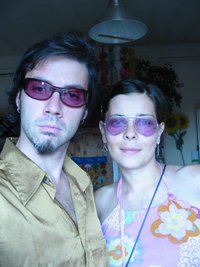 The way we were: Flavio Franzoni and Giulia Zorzi in 2003